Echo’es of a Glorified Past

I first learned about pencasting from an elementary-school teacher at a regional-networking summit in 2011.

It took me more than a year to acquire the technology and start experimenting. My initial experiences, in making use of this technology in a large, first-year course at the university level, were extremely encouraging; and after only a week’s worth of experimentation, my ‘findings’ were summarized as follows:

The details that support each of these findings are provided in my April 2012 blog post. With respect to test driving the pencasts in a large-lecture venue, I subsequently shared:

Again, please refer to my original post in October 2012 for the details.

Over the next year or so, I must’ve developed of order 20 pencasts using the Livescribe Echo smartpen – please see below for a sample. Given that the shortest of these pencasts ran 15-20 minutes, my overall uptake and investment in the technology was significant. I unexpectedly became ‘an advocate for the medium’, as I shared my pencasts with students in the courses I was teaching, colleagues who were also instructing in universities and high schools, plus textbook publishers. At one point, I even had interest from both the publisher and an author of the textbook I was using in my weather and climate class to develop a few pencasts – pencasts that would subsequently be made available as instructional media to any other instructor who was making use of this same textbook.

The Slings and Arrows of Modernization

Unfortunately, all of this changed in the Summer of 2015. Anticipating the impending demise of Adobe Flash technology, in what was marketed as a ‘modernization’ effort, Livescribe rejected this one-time staple in favour of their own proprietary appropriation of the Adobe PDF. Along with the shift to the Livescribe-proprietary format for pencasts then, was an implicit requirement to make use of browser, desktop or mobile apps from this sole-source vendor. As if these changes weren’t enough, Livescribe then proceeded to close its online community – the vehicle through which many of us were sharing our pencasts with our students, colleagues, etc. My frustration was clearly evident in a comment posted to Livescribe’s blog in September 2014:

This may be the tipping point for me and Livescribe products – despite my investment in your products and in pencast development … I’ve been using virtual machines on my Linux systems to run Windows so that I can use your desktop app. The pay off for this inconvenience was being able to share pencasts via the platform-neutral Web. Your direction appears to introduce complexities that translate to diminishing returns from my increasingly marginalized Linux/Android perspective …

From the vantage point of hindsight in 2018, and owing to the ongoing realization of the demise of Flash, I fully appreciate that Livescribe had to do something about the format they employed to encode their pencasts; and, given that there aren’t any open standards available (are there?), they needed to develop their own, proprietary format. What remains unfortunate, however, is the implicit need to make use of their proprietary software to actually view and listen to the pencasts. As far as I can tell, their browser-based viewer still doesn’t work on popular Linux-based platforms (e.g., Ubuntu), while you’ll need to have a Microsoft Windows or Apple Mac OS X based platform to make use of their desktop application. Arguably, the most-positive outcome from ‘all of this’ is that their apps for iOS and Android devices are quite good. (Of course, it took them some time before the Android app followed the release of the iOS app.)

Formats aside, the company’s decision to close its community still, from the vantage point of 2018, strikes me as a strategic blunder of epic proportions. (Who turns their back on their community and expects to survive?) Perhaps they (Livescribe) didn’t want to be in the community-hosting business themselves. And while I can appreciate and respect that position, alternatives were available at the time, and abound today.

[Full disclosure: I neither own, nor have I used the Livescribe 3 smartpen alluded to in the following paragraph. In other words, this is my hands-off take on the smartpen. I will happily address factual errors.]

At one point, and in my opinion, the simplicity of the Livescribe Echo smartpen was its greatest attribute. As a content producer, all I needed was the pen and one of Livescribe’s proprietary notebooks, plus a quiet place in which to record my pencasts. Subsequent innovation from the company resulted in the Livescribe 3 smartpen. Though it may well be designed “… to work and write like a premium ballpoint pen …”, the complexity introduced now requires the content producer to have the pen, the notebook, a bluetooth headset plus an iOS or Android device to capture pencasts. In this case, there is a serious price to be paid for modernization – both figuratively and literally.

According to Wikipedia, the Livescribe 3 smartpen was introduced in November 2013. And despite the acquisition by Anoto about two-years later, innovation appears to have ceased. So much for first-mover advantage, and Jim Marggraff’s enviable track record of innovation.

My need to pencast remains strong – even in 2018. If you’ve read this far, I’m sure you’ll understand why I might be more than slightly reluctant to fork out the cash for a Livescribe 3 smartpen. There may be alternatives, however; and I do expect that future posts may share my findings, lessons learned, best practices, etc.

Feel free to weigh in on this post via the comments – especially if you have alternatives to suggest. Please note: Support for Linux highly desirable.

When it comes to the mathematical underpinnings for Deep Learning, I’m extremely passionate. In fact, my perspective can be summarized succinctly:

In reflecting upon my own mathematical credentials for Deep Learning, when it came to probability and statistics, I previously stated:

Through a number of courses in Time Series Analysis (TSA), my background affords me an appreciation for prob & stats. In other words, I have enough context to appreciate this need, and through use of quality, targeted resources (e.g., Goodfellow et al.’s textbook), I can close out the gaps sufficiently – in my case, for example, Bayes’ Rule and information theory. 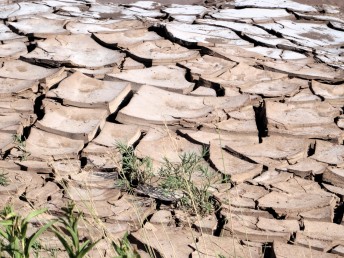 Although I can certainly leverage quality, targeted resources, I wanted to share here a complementary approach. One reason for doing this is that resources such as Goodfellow et al.’s textbook may not be readily accessible to everyone – in other words, some homework is required before some of us are ready to crack open this excellent resource, and make sense of the prob & stats summary provided there.

So, in the spirit of progressing towards being able to leverage appropriate references such as Goodfellow et al.’s textbook, please allow me to share here a much-more pragmatic suggestion:

Just in case the basic premise of this suggestion isn’t evident, it is: By committing to teaching prob & stats, you must be able to understand prob & stats. And as an added bonus, this commitment of tutoring each of a few students (say) once a week, establishes and reinforces a habit – a habit that is quite likely, in this case, to ensure you stick with your objective to broaden and deepen your knowledge/skills when it comes to probability and statistics.

As an added bonus, this is a service for which you could charge a fee – full rate for tutoring math at the high-school level to gratis, depending upon the value you’ll be able to offer your students … of course, a rate you could adjust over time, as your expertise with prob & stats develops.

Over recent years, I’ve found it particularly useful to frame initiatives such as this one in the form of Agile Sprints – an approach I’ve adopted and adapted from the pioneering efforts of J D Meier. To try this for yourself, I suggest the following two-step procedure:

Before you go, there’s one final point I’d like to draw your attention to – and that’s lead and lag measures. Whereas lag measures focus on your (wildly) important goal (WIG), lead measures emphasize those behaviors that’ll get you there. To draw from the example I shared for addressing a math gap in prob & stats, the lag measure is:

MUST have enhanced my knowledge/skills in the area of prob & stats such that I am better prepared to review Deep Learning staples such as Goodfellow et al.’s textbook

In contrast, examples of lead measures are each of the following:

SHOULD have sought tutoring positions with local and/or online services

With appropriately crafted lead measures then, the likelihood that your WIG will be achieved is significantly enhanced. Kudos to Cal Newport for emphasizing the importance of acting on lead measures in his Deep Work book. For all four disciplines of execution, you can have a closer look at Newport’s book, or go to the 4DX source – the book or by simply Googling for resources on “the 4 disciplines of execution”.